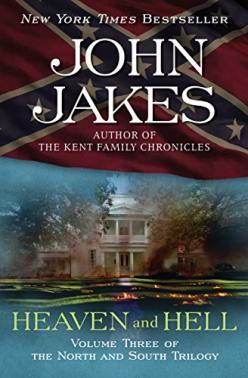 The war ends, but there is no peace for the Hazards and the Mains in a nation still inflamed with bitterness and hatred. The defeated South teems with schemers and carpetbaggers ... and the North has no place for scarred veterans such as Charles Main, who struggles to rebuild his life in the Plains cavalry, only to be stalked by a murderous nemesis seeking revenge against both families. A gripping portrait of Reconstruction America, and a fitting conclusion to the saga of two mighty dynasties!

"If you've read North and South and Love and War, you're going to love Heaven and Hell."
—San Francisco Chronicle