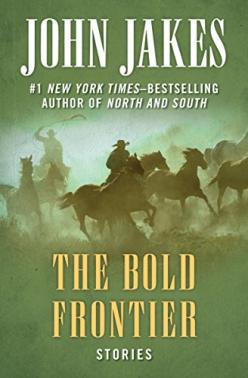 Stories of the American West by the #1 New York Times–bestselling author of North and South, “the best historical novelist of our time” (Patricia Cornwell).

In these timeless stories of the untamed American West, John Jakes thrillingly portrays the harsh realities of life on the frontier with tales of lawmen in the Sierra Nevada, railroad workers in Kansas, and gamblers on the steamboat River Queen. From a saloon showdown unlike any other and outlaws double-crossing each other to a fur trapper hell-bent on vengeance and a power struggle between medicine men, Jakes’s frontier stories capture the same sweeping historical drama and unforgettable characterizations as his epic novels in the Crown Family Saga, the Kent Family Chronicles, and the North and South Trilogy.