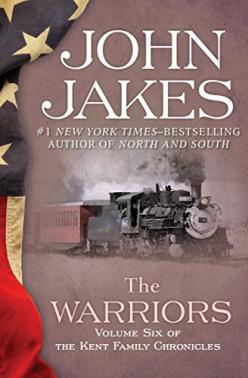 A family builds an empire amid murder, betrayal, and the Civil War, in this saga by the #1 New York Times–bestselling author of North and South.

With the Civil War reaching its gory climax, the divided Kent family is pushed to the edge of complete destruction. With the advent of the transcontinental Union Pacific Railroad, the Kents continue to fight for their foothold among America’s wealthy founding families. While their private, insular war rages, young Jeremiah Kent is tempted by a calculating Southern belle into a trap of deceit, lust, and murder. There’s no turning back as the Kents’ destiny is set on an irreversible course alongside the great rebirth of America.